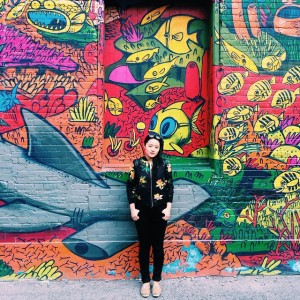 Vogue released its list of the world’s 15 coolest hoods – proudly, Toronto’s West Queen West is on there – and each area seems to have many things in common with the next: cafés, trendy bars, galleries, and a general artsy nature. Bustling districts like financial hubs or laid back suburban blocks do not make the cut. Why? Because it’s all about creativity. Freedom of expression, individuality, uniqueness and a rebellion against the mundane are all commonalities. By allowing creativity to dominate, once-misfit or forgotten pockets are earning their stripes. And it’s a lesson we all should learn.

Creativity isn’t always original. Fifteen global neighbourhoods that do not share a common postal code, let alone 1,000km radius, overlap with so many traits. Why? Expression is about originality, but the art of that expression is not rare at all. The risk-takers share a common drive with other risk-takers – to be a risk-taker. Creativity is more about taking risks. Don’t worry much about what others are doing, too.

Creativity challenges the norm for good. Whether you are the creator or the benefactor, a distinctive vibe manifests in each of these 15 neighbourhoods. It’s a pleasant out-of-the-comfort-zone feeling where acceptance is the one true tolerance. The freedom to graffiti walls in Toronto’s Graffiti Alley and the pixação in Brazil doesn’t just attract (what some might consider pesky) street art anymore. The unwanted has become the wanted and therefore attracts the original adapters and new talent.

Creativity is the underdog we’re all rooting for. Given some extra city funds, I believe most of us would support neighbourhood gentrification that includes a more designed, original approach (after all, up in Canada we have to look at our streets in their finest grey backdrops for half a year). But, we end up with glass towers and manicured grass strips where our dogs can relieve themselves. Queen West breaks this mold and gives us what we really want – a different and rarely implemented way of life.